Trichocereus pachanoi… doesn’t that just roll off the tongue…. is it the name of a dinosaur; an Italian dish perhaps? To me, with my burgeoning passion for succulents, it is the San Pedro cactus, which grows like a candelabra tree and no spikes. Inspired either by the romance of those iconic giant cacti featured in the westerns I watched as a child, or more likely by the enthusiasm of Lyn Kimberley of Desert Plants of Avalon growing her weird and wacky cacti in the Emerald Isle I decided now was my opportunity and San Pedro was the one! My new found passion for succulents was taking off.

Lyn had grown one from seed in Ireland and was now getting a spectacular display of huge white, scented flowers, albeit 15 years later. Surely it would thrive in our Quinta garden in Portugal, whose climate is much more akin to Peru where it originated.  Now I’m patient, but not that patient. I didn’t want to wait 15 years, so headed down to our local garden centre. There they had a few largish columnar Cacti with lethal spikes, but no San Pedro.
Ever on the look out for inspiration from neighbouring gardens, however, I had noticed a rather huge and lovely specimen a few houses along from there. On closer inspection I saw a branch had broken off and was caught in the upper branches. Much to the embarrassment of Alan I called to ask if I could have it. The front door looked rather grand as if it wasn’t used so I went round to the side and shouted ‘Ola!’ in the open kitchen door. A little old lady appeared looking suspiciously at me, or it could have been me that looked suspicious… I’d practiced what I was going to say in Portuguese and while I was speaking suddenly a huge grin appeared on her face. Was it a smile at my attempt at speaking Portuguese or, as I prefer to think, was  it her delight in finding someone who really appreciated her garden?
https://youtu.be/W1iZkbeVeDQ
Her husband was called and along with ladder and broom handle, not only got that piece down but also broke off another piece especially for me. They were the size of leg body parts and just as heavy! Result… or so I thought! When I got them home, I found it was not in fact a cactus at all but Euphorbia ingens! I’ve dried them out and planted them in a sandy soil mix hoping they will ‘take’.

Now, where did I see that Echeveria Pulidonis….
video Garden Stuff

We have a number of palm trees around the garden, but the one right in front of the house was unsightly, made a mess on the paths when it shed it’s fruit and was quite noisy in windy conditions. ‘Her Outdoors’ decided to call in the professionals as trimming palms …

Remember when you were a kid and it snowed, how cool! In reality, how bloody cold and inconvenient! Back then we didn’t feel it, we enjoyed it. We looked forward to it. We went out and played in it, only coming back in when our hands were numb and our feet …

Before moving to Portugal we lived in Barton, a quintessentially English  village, 3 m 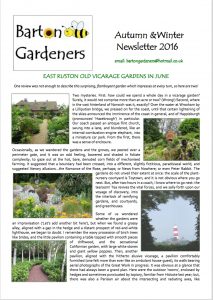 iles from Cambridge. Each year they have a village day, the main part of which is the Barton Gardeners Annual Show in a marquee on the village wreck. The villagers can exhibit their work from flowers to photographs, from vegetables to cakes.   Competition is very keen for the several trophies presented for the best exhibits.

In 2013 I was recruited to shoot the evening entertainment which was provided by ABandandADJ.

One of the first projects I worked on when I moved down to Cambridge in 2009 to live with my new partner Angela, was a joint building/AV  production.  Hence the “21/2  Minute Home Office“. The main aim was to build myself a space that was my own. So, if ever I was in …

We weren’t going to buy a property, just have some fun looking, you know, like those infuriating people who just view houses for sale because they are nosey and don’t have a life… The seed was sown when we spent the winter away in our motorhome in 2013. The previous year we’d been on an extended …

Not every house has a post box, so if you want to receive mail, you need to get one. As we live in a semi rural position, we don’t have a postal service to our door, so we set off in search of one. Or rather we did a bit …