Angela ‘Her Outdoors’ – brings a wealth of teaching experience. After completing her BA Hons degree and post graduate teaching certificate, she combined her love of teaching and travel to work in a range of international schools in Australia, Africa, America and Europe. After a year working as a volunteer in Sudan she was employed by the British Council in Cairo, teaching executives and English for Special 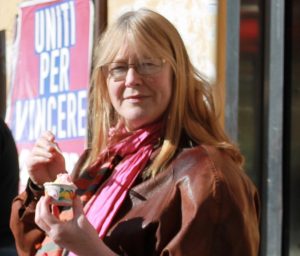 Purposes (ESP). On returning to the UK she completed the DELTA qualification and taught in colleges and a leading language school in Cambridge. A pioneer of on-line conversation classes, she is also a homestay tutor and accredited IELTS and University of Cambridge exam assessor.

Angela developed a passion for gardening when she moved into her idyllic cottage in Cambridge. She transformed what was a wilderness to a much admired cottage garden. She now has the ambition to build on the efforts of previous owners of Quinta Antiga and is especially keen to experiment with the many varieties of succulents she has encountered. 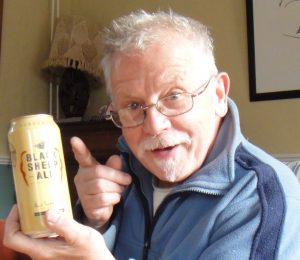 Alan ‘Sundance’ – has 15 years experience as Head of Media in the North of England’s largest vocational college. He has taught on a range of courses, including nationally credited courses such as BTEC National Diploma in Media Production and A level Film Studies. He specialises in Photography, Multimedia, Audio Visual Production and Post Production.

Alan also has experience in Visual and Performing Arts as an Actor, Producer and Director, ranging from short plays and musicals to Shakespeare and Opera in the amateur theatre.

Prior to working in Education, Alan was a builder and mason paviour which gave him the skills to take on the hard landscaping of the garden in this dynamic partnership.