One of the first projects I worked on when I moved down to Cambridge in 2009 to live with my new partner Angela, was a joint building/AV  production.  Hence the “21/2  Minute Home Office“. The main aim was to build myself a space that was my own. So, if ever I was in the dog house, I could sneak out into my ‘man cave’.

Fortunately (for me) the back garden was large enough to build my log cabin, unfortunately (for Angela) it did mean knocking down of the chicken coop (the chickens had all gone by then) but also, to Angela’s great consternation, the moving of her beloved Mulberry tree.

Despite all that bad, it was a very rewarding project as a lot of the materials used were recycled, found, job lots, or ‘seconds’.  Some items had to be bought, so the total cost was in the region of £1750. You can buy a ready made cabin (for around £12000 – £15000), but I like my custom build better!

I loved my cabin, until I watched George Clarke’s ‘Shed of the Year’. But then, mine is a cabin, it’s a home office, it’s a garden chalet,it’s a man cave, it’s a studio,it’s a creative space. It is not, definitely not, a shed! 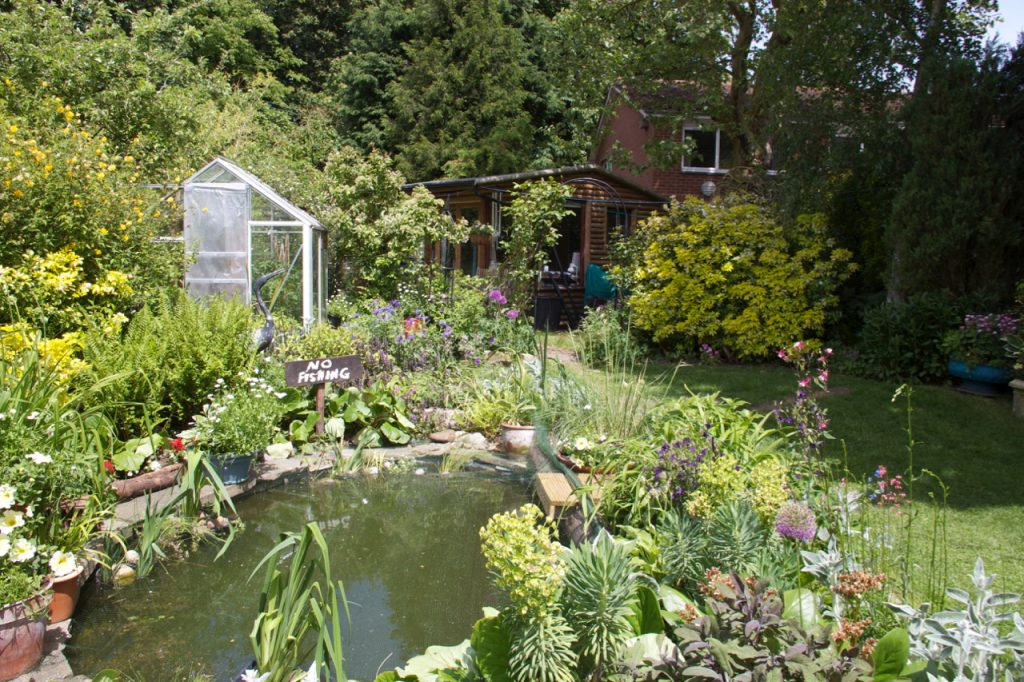