Her Outdoors warns that starting a keto diet does entail some extra financial investement at the beginning. (https://ketosource.co.uk/keto-shopping-list-uk/) But how about the emotional cost?

What can I say after one week? Well it can’t have been that bad, as I’m still on the diet! Not only that, but I think I’ve got off to a flying start. Weight is down from 13 stone 2lb to 12 stone 4lb (largely water rather than fat, which is normal). Visually, the flab is still there, although the tape measure has reduced by one inch, down from 41” to 40”.

Mealtimes have been even more of a pleasure than usual, as I’ve really enjoyed the fresh food and salads. Her Outdoors has excelled herself in serving up some exciting new recipes. Clearly, she has spent more time indoors than outdoors, partly due to us being in the UK this week.

The physical lowlights of the last 7 days have included waking up with headaches, a mild craving for sweet treats, more use of
mouthwash to counteract bad breath 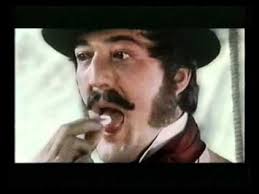 and several visits to the w.c. The physical highlight of the week was having bacon and eggs for breakfast and a glass of wine with a meal when friends came for dinner. How can you complain about a diet that allows you bacon, fried eggs and wine. Not together of course, that would be gross.

What I wasn’t prepared for, was the mental torture. A friend came round for coffee and we put out some chocolate wafer bars and he ate one! Boldly! Right in front of me! With a look of satisfaction on his face! The problem was, they were sitting there like a belisha beacon, flashing at me! “Eat me!” they taunted, “I’ll be good for you”. I resisted and was awarded later with Brownie points by Her Outdoors. Whilst you can eat Brownies, the points are not edible! (Actually watching him eat wasn’t that hard, I’m just trying to entertain here…)

The torture didn’t end there. A day later we had a family picnic planned for the weekend and Her Outdoors decided to make a carrot cake. She makes a very tasty carrot cake, which contains carrots, which are vegetables. Which should be allowable. “Wow” methinks, I will still get some treats. Wrong! “It’s not for us, it contains flour” says Her Outdoors, crushing my excitement and taking all the joy out of my world. What was worse was not getting to clean the mixing bowl out. It got even worse when watching the family eating the cake and became unbearable when my brother-in-law smiled broadly, when accepting a second piece.

But the craving has gone. More later… if I survive.