Remember when you were a kid and it snowed, how cool! In reality, how bloody cold and inconvenient! Back then we didn’t feel it, we enjoyed it. We looked forward to it. We went out and played in it, only coming back in when our hands were numb and our feet frozen. Our faces were glowing and even the agony of de-thawing didn’t put us off.  Again and again we ventured out, some short-lived comfort afforded by fresh dry socks on our hands. Or was it just my family who couldn’t afford gloves?

The world looked a different place when it was white. There was a new beauty, even in the heart of a hilly housing estate. We loved going out sledging, especially on the steep roads. There were very few cars in those days, so it was worth the risk. How different at night too, so light as the street lamps illuminated the snow and reflected back and forth, to brighten up the wintery scene.

Having sweated through the usual long dry summer in Portugal, we got the same feeling of childhood delight when a couple of weeks ago it rained during the night. It  didn’t rain for long, but heavy enough to give the garden a good watering. It was a welcome relief from having to manually water, as ‘Her Outdoors’ has decided the current irrigation system waters the wrong plants, having been set up years ago for a new garden.

When it rained that night we heard it splattering on the roof and windows and paths and were filled with excitement! Well, actually only moderate excitement, but allow me a little poetic licence here. Whatever the level of excitement, at 3am we got out of bed and, eager to feel it on our faces, actually went out into the rain, not because we hadn’t bathed that day, but because we could. It wasn’t cold. It wasn’t depressing. It was an unfamiliar but pleasing sensation and made us want to dance with wanton joy.  Modesty, and ‘Her Outdoors’, prevent me describing our state of dress.

We had been waiting for the rain all month, daily checking the weather forecast and the water level in the cisterna. I’d set up a spreadsheet so I could record the level and decide if we needed to arrange an extra delivery of water. I’d even purchased an app, as the BBC weather site doesn’t give an estimated rainfall (and I suspect is a bit hit and miss anyway).

The annual rainfall in Faro is around 530mm which is actually very similar to Cambridge. Here in Portugal though, we get it in huge dollops instead of spread throughout the entire year. Somehow knowing it won’t last and soon the sun will be out makes it more tolerable. 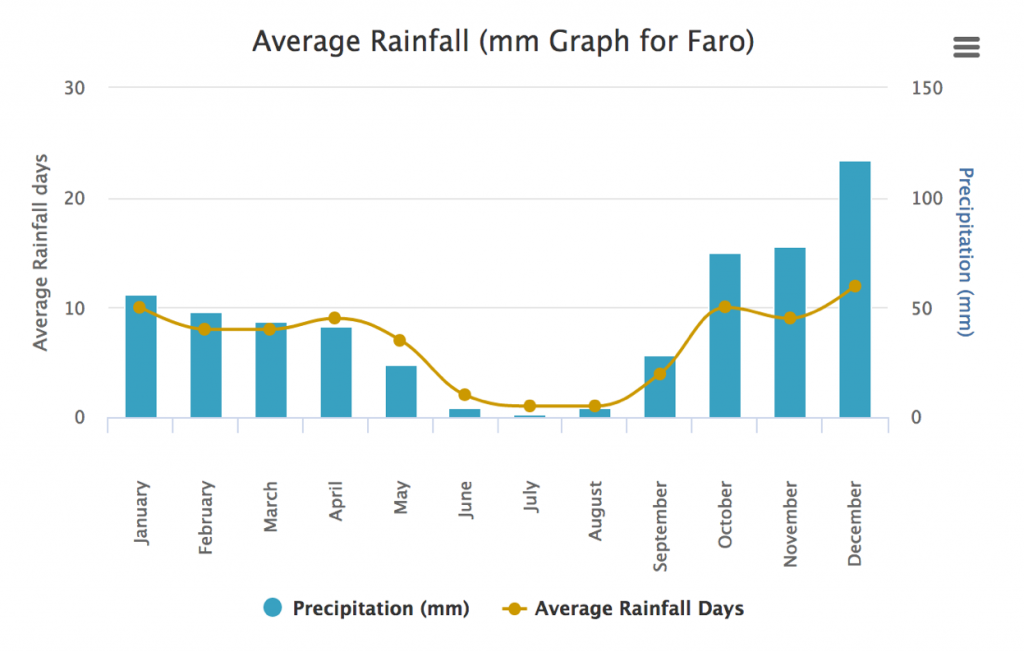 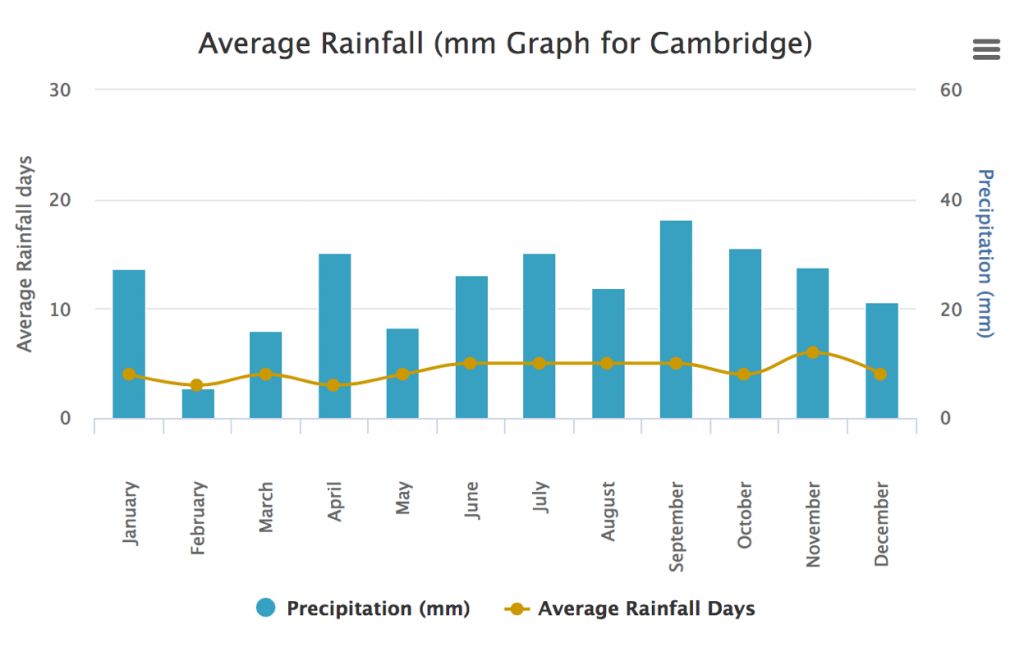 The last time it rained before that was way back in May, some four months ago when our daughter and family were visiting.  Was she keen to bring something for us that we miss? It rained part of each day, for most of the week and while not blaming her, she does live in the UK, in the Pennines, where it rains a lot. While we were glad of the rain, I suspect she wasn’t. There is precious little for visitors to do when the weather is bad. Strolling around pretty towns, lazing on the beach and sitting outside a café for a coffee are all activities that quickly lose their appeal when it’s pouring with rain. We have to say they handled it well. “We came to visit you, not just for the weather”.

So there you have it, our new attitude. “Rain is our new
snow”. It might just be a phrasal template to some people, but to us it’s a whole new outlook on life, one that we relish.

However, you can have too much of a good thing. The problem is when the rain can’t penetrate the soil that has been baked solid and there’s no way to control the water.  Last year at this time our area was hit with flash floods. In our village a man died when rising waters swept him away and in Albufeira, floodwaters reached 2m high and many were left homeless. Our cisterna was in danger of flooding which meant an immediate, urgent reversal of our usual frugal water usage into one where we indulged in deep baths, running taps freely and brazenly wasting the valuable commodity. Water sneakily found some ways to enter our house, the outside steps became a waterfall and we lost power briefly but we’re thankful not to have suffered more.

Now, just as that fresh fall of snow brings slushy, dark grey days in it’s wake, so the novelty of rain can wear off pretty quickly too. It’s not long before we want our blue skies and sunshine back…the great thing about the Algarve is, we never have to wait long!