Well the good news is that after a further blood test, my liver function appears to be returning to normal. What I shouldn’t admit to (on the hugely infinitesimal chance that my doctor reads this blog) is that the reduction in liver enzymes was possibly due to not taking the methotrexate medication. The reason I stopped taking it was because I was feeling a bit nauseous so held of taking the medication, fearing that the nausea would get worse. By not taking it, I was risking a return to the intense arthritic pain I had. Fortunately, the pain didn’t return.

What did happen though, was that I’ve had a lot of weird and vivid dreams which apparently are a facet of a low carb diet. I won’t bore you with all the details of the dreams, but the two most memorable ones involved arranging a drama performance for a funeral (mine) and a hole appearing in a football pitch I was playing on, followed by a bigger hole that uncovered an open top bus. The first one could be explained by my background in amateur dramatics and concern about my health. The second is either just weird or a reference to the latest football term of ‘parking the bus’, albeit in a strange place! 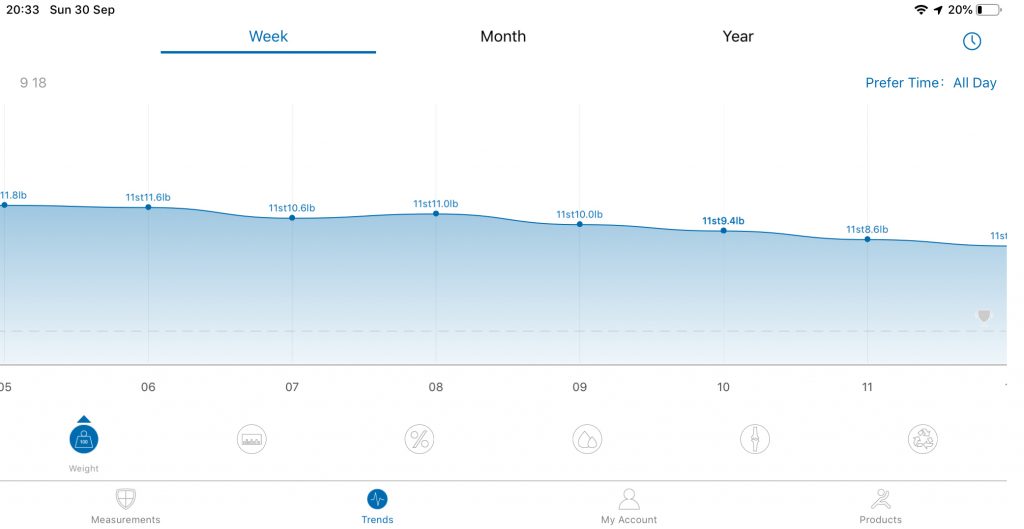 On the weight loss front, a further loss of 4 pounds was encouraging enough for me to continue. Along with all the lovely new meals I’m getting from Her Outdoors. She’s a star!