Her Outdoors has started a new regime, the ‘Ketogenic diet’. Over the years she has tried a succession of diets. Name a popular diet regime (Atkins, Fatkins, Notsofatkins…) and she has probably tried it. One or two have been very successful, others less so. Her last one, which she embarked on 4 years ago was very successful, losing 4 stones in a period of 10 months. Unfortunately, as with other diets, the weight has slowly returned. This latest one, which she started 4 weeks ago, seems different. For a start, she isn’t on it to lose weight, but to improve her health, so as she doesn’t weigh herself, she doesn’t know whether she is losing weigh. 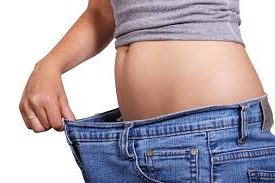 Rather strikingly though, within 10/14 days, the pair of shorts she bought the day she started the diet are now falling down. This was  quite embarrassing when we were walking around the local Aldi! (Other supermarkets are now being used.)

One of the many things I love about H.O. is that she likes to look after me and particularly my health. At least, I think that is why she is always trying to get me to share her diets. I won’t admit to being a bit overweight and needing to diet, but instead I could be considered to be short for my weight…

Ok, full disclosure here, I wrote that last paragraph and then went online to find my ideal weight…

According to the above chart, I now have to admit to being a tiny bit obese and therefore needing to diet. In my defence, (from who or what I’m not sure) I think these charts are subjective or even biased against ‘big boned’ people. Anyway, I swim, cycle, walk and have even started playing football again. Walking Football (WF) admittedly, but it is still football. It’s my love for sweets, cakes, chocolate and puddings that is my downfall. I could happily eat a packet of biscuits in one go. I don’t, but I could. (Actually, I have done, but not often and they were small packets!)

Now Her Outdoors can also be very persuasive. Since she started her new regime I have had a stream of negative comments about me being overweight, flabby, having a poor diet, but also more positive views about the health and fitness benefits, having more energy and sleeping better as you don’t need to get up in the middle of the night…. And so I started to contemplate joining her on the diet. (What she failed to highlight though was not drinking beer! )

The deciding factor about joining Her Outdoors on the regime was her comment about the potential of being fitter and more mobile to play football. Oh, and another factor was the visit to the hospital for an annual check up on my psoriatic arthritis which revealed my weight had gone up to over 13 stone and the blood test revealed that my liver function was ‘a slight concern’.

So I’ve joined her, at least for a trial period, leading up to a Walking Football tournament in October. I’ve started on my very first (possibly last) diet and will blog my progress, or lack of it, on a weekly basis. It’s not going to be pretty as I intend to use pics to chart the contraction, or expansion, of the tape measure. The goal, or goals (see what I did there?) is to follow the Ketogenic diet, lose the flab, get fitter, and score more goals in the tournament. Actually I’ve never scored a goal in a WF tournament, so any goal would be a bonus.